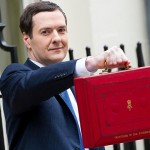 In the government’s Spending Review and Autumn Statement, the Chancellor set out his plans to continue to reduce the national deficit, and return the country to surplus by the end of the current Parliament in 2020. These include measures to provide opportunities for families through higher wages, lower taxes and lower welfare, improvements to infrastructure and housing, and investment in our national security.

This article sets out the main changes to tax rates and allowances for individuals, companies and trustees. It also aims to identify other notable changes which may be of interest to our clients.

Comment: There was little mention made of specific tax rates and allowances for 2016-17. Many of these figures were confirmed in this government’s first Budget in July 2015.

Capital Gains Tax (CGT)
•From April 2019, a payment on account of any CGT due on the disposal of residential property will be required to be made within 30 days of the completion of the disposal. This will not affect gains on properties which are not liable for CGT due to Private Residence Relief. The government will publish draft legislation for consultation in 2016 and the measure, when introduced, will tie in with the introduction of digital tax accounts (See Miscellaneous section).

Inheritance Tax (IHT)
•Following the March Budget 2015 the matter of how deeds of variation are used for tax purposes has been reviewed. It has now been confirmed that no immediate changes to the use of deeds of variation will be introduced but the government will continue to monitor this area.

Stamp Duty Land Tax (SDLT)
•An extra 3% SDLT will be charged on purchases of additional residential properties costing more than £40,000 from 1 April 2016. This will affect properties bought as buy-to-lets and second homes. It will not apply to purchases of caravans, mobile homes or houseboats, or to companies or funds making significant investments in residential property. The government will issue a consultation in 2016 on changes to the SDLT process. This does not apply to properties in Scotland as it is the Scottish Government that sets rates north of the border.

Pensions
•The Basic State Pension will rise to £119.30 per week from April 2016. This is part of the government’s ‘triple lock’ on pensions.
•The starting rate of the new single tier state pension will be £155.65 per week from April 2016. This will apply to those reaching state pension age on or after 6th April 2016 who are entitled to a full pension, having enough ‘qualifying years’ of National Insurance contributions.
•Under auto enrolment, the next two phases of minimum contribution rate increases will be delayed by 6 months each and thereby are aligned to the tax years.
•In the Summer Budget 2015, the government announced a consultation on the pensions tax relief system. The response to this will be published in Budget 2016.
•Barriers to creating a secondary annuity market will be removed, and further details will be provided in a consultation response, to be provided by the government this December.

Comment: As an aside, other pension changes announced in the Summer Budget 2015 became law last week, such as the tapered annual allowance for high income individuals and the alignment of pension input periods (PIPs). We are expecting more detail on these changes together with further guidance on the reduction in the lifetime allowance and associated protections which will be in place from 6th April 2016.

ISAs
•ISA, Junior ISA and Child Trust Fund annual subscription limits will stay at their current level for 2016-17. The ISA limit will be kept at £15,240, while the Junior ISA and Child Trust Fund limits will remain at £4,080.
•The government will legislate to allow the ISA savings of a deceased person to continue to benefit from tax advantages during the administration of their estate and will set out further plans for introducing this measure in 2016, following technical consultation with ISA providers.
•The list of qualifying investments for the new “Innovative Finance ISA” will be extended in Autumn 2016 to include debt securities offered via crowdfunding platforms. The government will continue to explore the case for extending the list to include equity crowdfunding.

Tax credits
•Planned cuts to tax credits were scrapped, and therefore the income threshold above which tax credits start to reduce remains at £6,420 per year from April 2016. Claimants earning below this amount will retain their maximum award. The rate at which a claimant’s award is reduced, as each pound of their income exceeds the income threshold, will remain at 41% of gross income from April 2016.
•The amount by which a claimant’s income can increase in a year compared to their previous year’s income before their tax credits are affected will reduce from £5,000 to £2,500.
•The income threshold for Child Tax Credit-only claimants will remain at £16,105 in 2016-17.

•Salary sacrifice – There remains concern about the growth of salary sacrifice arrangements and the government is collecting further information in order to consider what action, if any, is necessary.
•Employee share schemes: simplification of the rules – A number of technical changes to streamline and simplify aspects of the tax rules for tax-advantaged and non-tax-advantaged employee share schemes are to be introduced in Finance Bill 2016.
•Long term care – The government has already taken the decision to postpone the introduction of social care reforms, known as the ‘Dilnot’ reforms, until 2020. The government is committed to implementing these reforms at a later date.
•Tackling tax avoidance – A new penalty of 60% of the tax due to be charged in all cases successfully tackled by the General Anti Abuse Rule (GAAR) will be introduced. In addition changes to the GAAR’s procedure will be made to improve its ability to tackle marketed avoidance schemes.
•The small business rate relief scheme (SBRR) will be extended for another year to April 2017. The government is undertaking a review of business rates and will report on this at Budget 2016.
•Making tax digital – The government is to invest £1.3 billion to transform HMRC into one of the most digitally advanced tax administrations in the world. Most businesses, self-employed people and landlords will be required to keep track of their tax affairs digitally and update HMRC at least quarterly via their digital tax account, reducing errors through record keeping. HMRC will ensure the availability of free apps and software that link securely to HMRC systems and provide support to those who need it. This will not however apply to individuals in employment, or pensioners, unless they have secondary incomes of more than £10,000 per year. The government will publish its plans to transform the tax system shortly and will consult on the details in 2016.

Inevitably, the impact of some of these changes will gradually become clearer and further details of changes will emerge as new information becomes available. In the meantime if you have any questions regarding any of the above, please email ryan@philandersonfinancial.co.uk.