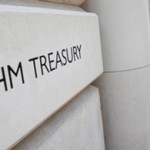 Stamp Duty – George Osborne delivered the final Autumn Statement prior to next years general election with changes to Stamp Duty Land Tax at the forefront of his speech. Stamp Duty will be replaced in Scotland on 1st April 2015 by the Land and Buildings Transaction Tax. The changes announced yesterday will take effect straight away in Scotland until 1st April 2015. The changes mean that anyone buying a home up to £937,500 will be better off under the new system than the old one. Now no Stamp Duty will be paid on the first £125,000, 2% on the amount above that up to £250,000 then 5% on the next amount up to £925,000 and then 10% on amounts above that up to £1.5 million then 12% on everything above that.

ISA’s – Another major change is that ISA’s can now be passed on to a surviving spouse when the first one of a couple dies. This allows from 3 December, if an ISA saver in a marriage or civil partnership dies, their spouse or civil partner will be able to transfer the ISA wrapper and keep the ISA tax advantages. From April 2015 the ISA allowance will rise to £15,240 from the current limit of £15,000.