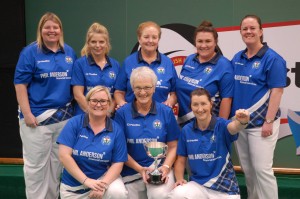 We are delighted to now be sponsoring the Scotland Indoor Bowling team for the 2017 test matches against England. As part of the partnership, our logo will feature on the Scotland shirts.

Phil Anderson, Managing Director at Phil Anderson Financial Services said: “We are delighted to be involved with the Scotland team. It was great seeing the ladies in action on ITV4 last week and I am looking forward now to the men’s event this week. It was great seeing the company name on the shirts and the ladies team did very well defeating England 6-5. Hopefully the men can follow this up with more success.”

Following on the back of the success of the Scottish Indoor Bowling Ladies Test team in their match against England, the men will take centre stage next week at New Earswick Indoor Bowling Club in York on Wednesday 11th and Thursday 12th October. This match has been highly anticipated with an array of World Champions on display. The format of the Match will be sets play with 2 Triples and 3 Pairs Matches on the first day followed by 6 Singles matches on the second day.

This is the fifth year of this event with Scotland having won three of the previous four stagings of the match.
Scotland currently hold the David Bryant Cup after their win against England last year which was completed early on Day Two of the event.

The Teams for the Test Match are as follows –

A spokesman for the Scottish Indoor Bowling Association said “the SIBA are delighted to welcome Phil Anderson Financial Services as sponsor for this team and we are pleased to see him add to his growing portfolio of support he gives to the sport.”